Who is Candice King?

Candice King is an actress, singer, songwriter by profession and American by nationality. She is best known for portraying Caroline Forbes in The Vampire Diaries and in its spin-off The Originals.

Candice King’s birth name is Candice Rene Accola. Her birthplace is Houston, Texas, USA and her birthday falls on May 13, 1987. Her father Kevin Accola worked as a cardiothoracic surgeon while her mother Carolyn Accola, became a homemaker, having worked as an environmental engineer before. Her parents raised her in Edgewood, Florida alongside her younger brother Thomas Accola. Her co-star Nina Dobrev was the one who introduced her to musician Joe King of The Fray at a Super Bowl event in February 2012. They started dating and were engaged in May 2013 after her boyfriend popped the question. They tied the knot on October 18, 2014, in New Orleans, Louisiana.

With her husband, Candice King has two children- daughters Florence May (born January 15, 2016) and Josephine June (born December 1, 2020). Through this marriage, she is also a step-mother to King’s two daughters from his first marriage to Julie King.

The pair seems to be happily married. Also, there are no rumors of divorce or extra-marital affairs. King released her debut album It's Always the Innocent Ones in December 2006 and had co-written 12 of the 14 tracks on the record. The album was re-released in Japan in 2008, which was more successful. On the set of After We Collided, Candice King has worked with Hero Fiennes Tiffin, Josephine Langford, Rob Estes, Samuel Larsen, Charlie Weber.

For her work in The Vampire Diaries, King has been nominated for seven Teen Choice Awards, among which she was won two (2012, 2014).

The net worth of King is estimated at around $4 million dollars while the estimated figure on her annual salary is not publicized. 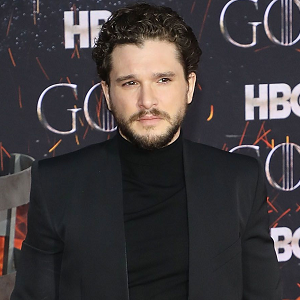