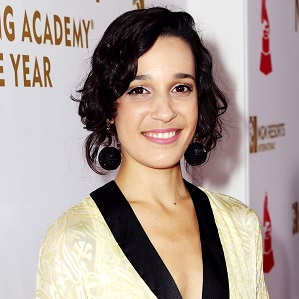 Who is Ileana Cabra?

Ileana Cabra, also known as iLe and PG – 13, is a singer, composer, and vocalist by profession and Puerto Rican by nationality. With her brothers Rene Perez Joglar (Residente) and Eduardo Cabra Martinez (Visitante), she is a vocalist of Calle 13.

She is not the only child of her parents and has many siblings- including half-brother Rene Perez Joglar and step-brother Eduardo Cabra Martinez. She inherited her voice from her mother and her grandmother, who was a teacher and composer. She was educated at the Josefita Monserrate de Selles elementary school and later graduated from high school. Her ethnicity is Puerto Rican.

Ileana Cabra is currently believed to be a single woman. However, she seems to be very close to Puerto Rican musician Ismael Cancel and is frequently featured on his social media page.

Details of her former boyfriend and relationships are also not known. She has never been married and is sans husband and children. Cabra had begun singing while still learning how to speak. As she grew older, she joined and sang at the School Choir and the Handbell Choir while learning to play piano at Puerto Rico Music Conservatory.

When Ileana Cabra was 16 years old and a second-year high school student, her brother Residente picked her up one day after class. He asked her to sing La Aguacatona, a song he and Visitante had written for a demo. After Ileana Cabra joined her brothers Residente and Visitante as members of Calle 13, they completed their song La Aguacatona. It caught the attention of White Lion Records which opened doors in their career.

In August 2015 it was announced that Ileana Cabra would change her artistic name from PG-13 to iLE and was working on her first solo album. In May 2016, Ilevitable was released and in July 2016 began her first tour.

As a solo artist, Ileana Cabra was nominated for Latin Grammy (2016) and won Grammy Award for Best Latin Rock, Urban or Alternative Album (2017). Her net worth and annual salary as an individual have not been officially estimated. However, Calle 13’s net worth is known to be $10 million.