Who is Jeanine Pirro?

Jeanine Pirro is an American television host and author. For education, Jeanine Pirro attended Notre Dame High School. While still at high school, she interned at the Chemung County District Attorney's office. After graduation, Pirro went on to enrol at the University at Buffalo, graduating from the same with a Bachelor of Arts.

To follow her dreams of becoming an attorney, she studied at Albany Law School of Union University, graduating with a degree in J.D. in 1975.

Her ethnicity is Lebanese.

She met Albert J. Pirro Jr. while they were both at the law school. The couple married in 1975 and have two children together- a son named Alexander Pirro and a daughter named Christi Pirro.

After years of marriage, they separated in 2007 and their divorce was finalized in 2013. Both their children are grown up. Their daughter is already a lawyer while their son was attending law school as of July 2002. 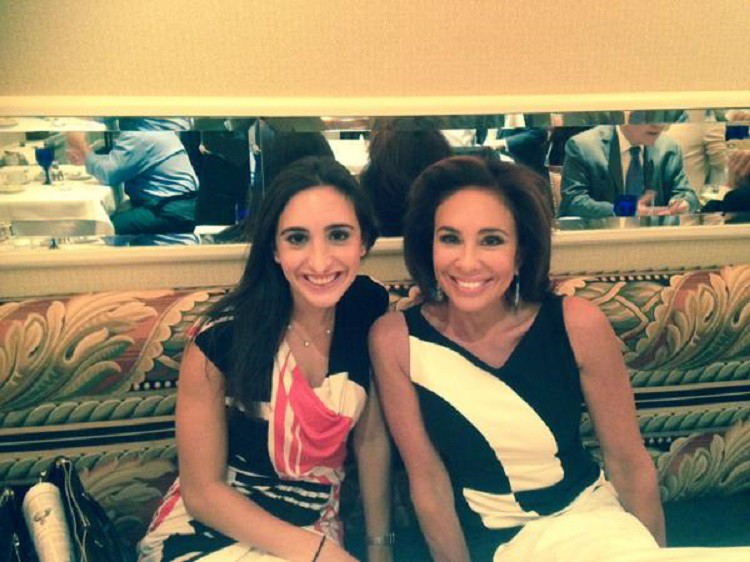 Jeanine Pirro wanted to become an attorney since she was a 6-year-old girl. While at law school, she worked as an editor of the law review. Her professional career started in 1975. She was appointed as Assistant District Attorney of Westchester County. There she wrote appeals and handled minor cases.

In November 1993, Pirro was elected as the Westchester County District Attorney, being re-elected in 1997 and 2001. She was best known to handle domestic violence cases. During her years as an attorney, Jeanine Pirro had worked in the case of Maria Amaya, a mentally disturbed immigrant from El Salvador, who killed her four children and attempted suicide.

Other cases where she worked include Anne Scripps Douglas’ murder by her estranged husband Scott Douglas and the O.J. Simpson case.

On August 10, 2005, Pirro announced that she would run for the Senate race against Hillary Clinton, John Spencer and Edward Cox. But on December 21, 2005, she dropped out of the race. She was $600,000 in debt to campaign vendors which were still unpaid as of 2018.

Pirro’s career in TV also has taken off. She has contributed to The Morning Show with Mike and Juliet, Today, Good Day New York.

She has made guest appearances in Red Eye w/ Greg Gutfeld while also guest hosting Larry King Live, The Joy Behar Show, and Geraldo at Large. She hosted reality court show You the Jury, for a total of 2 episodes.

Jeanine Pirro started to host Judge Jeanine Pirro in 2008, receiving first Emmy nomination in May 2010 and winning daytime Emmy Award in 2011. But the show was cancelled in September 2011 due to poor ratings. Currently, she is hosting Fox News Channel's Justice with Judge Jeanine since January 2011. She has published several books under her name including To Punish and Protect (2003), Sly Fox (2012) along with author Pete Earley and Liars, Leakers, and Liberals: The Case Against the Anti-Trump Conspiracy in 2018.

Jeanine Pirro has been a subject of criticism and controversy mostly for her aggressive behavior. In 1999, Vergari called Pirro "bright and capable" and also someone who "plays hardball seeking publicity", "very self-centred in everything she does."

Years before in the 1980s, Pirro had issued a press release with her own name on the top- not Vergari's. This had strained their relationship. And in the late 1980s, she solely claimed responsibility for the establishment of the Domestic Violence and Child Abuse Bureau, which completely disintegrated their already strained relationship.

She is a supporter of a woman's right to an abortion but opposes to late-term abortions. Also in December 2015, she spoke in favor of of gun rights and gun violence in the USA. The net worth and annual salary of Jeanine Pirro is estimated at around $12 million and $3 million respectively.