Who is Jen Lilley?

Jen Lilley is an actress, singer by profession and American by nationality. She is well known for starring in The Artist, as Theresa Donovan in Days of Our Lives and in several television films from Hallmark Channel.

She is passionate about foster care, adoption and has also been a foster parent. With her husband Jason Wayne, Jen Lilley actively works with Childhelp.

Jen Lilley’s birth took place on August 4, 1984, in Roanoke, Virginia, USA. She was born as Jennifer Elizabeth Lilley to mother Ellen Lilley, a Jill-of-all-trades, and father Vince Lilley., a Judge She is not the only child of her parents and has three siblings- older brother Michael Lilley, younger Ryan Lilley and younger sister Katherine Lilley. Jen Lilley met Jason Wayne in 2004 and soon started dating. She married her longtime boyfriend on May 26, 2007. In March 2019 she announced that she and her husband are pregnant with their first child, a girl. They welcomed daughter  Julie Evangeline Wayne on July 30, 2020.

She also has been open about her 2018 miscarriage.

The couple has been working with Childhelp, a foster care service for a long time. They adopted their oldest foster son Kayden (born 2017) on June 20, 2019. There have also been talks of the couple’s process to adopt their second foster son (born 2018), who is also Kayden’s half-brother. 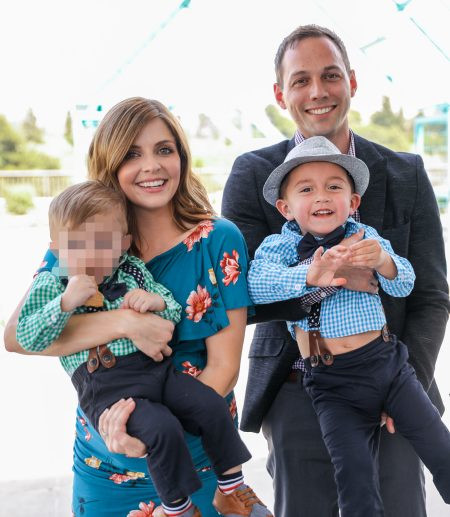 The couple is living happily without rumors of extra-marital affairs or divorce.

Lilley began her career in 2007 and landed minor roles in films Changeling (2008), Suburban Skies (2007). Finally, in 2011 she landed the supporting role in Michel Hazanavicius's silent movie The Artist. In addition to acting, Jen Lilley is also a talented singer. In 2014 she hosted as well as singing in a benefit concert with SOWEGA Art Performance. The event was organized to raise funds for ONEless Ministries.

She released her first Christmas album Tinsel Time on November 24, 2015, followed by the release of her studio single King of Hearts in October 2018. The single is from her second album Lilley. Her net worth is estimated to be well over $500k while her annual salary is yet to be updated.